I always remind my clients that while Social Media is in fact media (algorithms, numbers, ratios), it is very much a social platform. In the real world, social success in not rated by how many people said they were interested in a party, but how many actually showed up and actively engaged. Not how many people you know, but how many friends you feel you can actually call.

Most people are surprised to find that many 500K-2M follower Instagram accounts are averaging any where between 3%-9% engagement. It becomes a numbers game. You spend a lot of money on advertising hoping some will actually engage, increasing your ROI.

For years, Social Media “gurus” have preached that content is king. Well, it’s true, but people want a king that feels accessible. Delivering content that has both value and access is imperative on these platforms. Keep the narrative clear, offer valuable content, keep it as authentic as possible, and make sure it’s something your audience would want to share.

Of course, coupling this with effective boosts and promotions via Instagram and Facebook definitely helps. But that’s for a different day…

Thoughts on Branding & Marketing. What makes you unique? What sets you a part? How are you telling that story to create a positive emotional response?

With Apps becoming more convenient and relatively inexpensive to create via services like Pushpay, AppyPie, and BuildFire, more and more churches, schools, small business, bands, and organizations are creating apps for their supporters.

Of course, this sounds great…FREE Apps! Well, not so fast. Free memory space is limited. Even with a microSD in your Android and extra cloud storage on your iPhone7, you will find yourself asking whether or not the FREE app is worth the space your giving up. That space could be used for more music, videos, pictures, and other apps that you will actually use.

When creating an app for you organization, the most important thing to consider is value. Is the app worth the time and space you are asking your supporters to give up? Is your app basically a memory sucking version of your website or does it offer exclusive functions that can only be accessed via the app?

When creating your app, remember FREE is not always enough reason to download. And even if you’ve convinced them to download, when another app they need comes along, will your app meet the chopping block?

Facebook Live is something that I’ve been experimenting with my client Tim Storey, who’s been a speaker, life coach, & author for over 30 years. After being on Oprah’s Super Soul Sunday and speaking at Super Soul Sessions last year, his audience has grown by leaps and bounds. The strategy is evolving as we go along. The agenda…to reach and engage more people at one time at a low cost.

Earlier this month, we went Live, behind the scenes for 30 minutes, before The Study Hollywood, a unique evening in Hollywood, CA with emerging creatives, entrepreneurs, and dreamers…interviewing attendees, peeking in on sound checks, and expounding on the vision of the event. Then just this week, we experimented with an hour long World Shakers Summit Q&A, Live from Tim’s home office in LA.

The World Shakers Summit Q&A involved live Q&A with fans all over the world and will most likely become a weekly event. We had people from South Africa, Scandinavia, U.K., and throughout the United States. We had over 520,000 reached, over 15,000 views, and over 1,300 comments. We announced it about 8 hours prior to going live (and threw $100 towards boosting the post), with a quick reminder about 40 minutes prior. We had a couple hiccups minutes before going live while we attempted to use Telestream’s Wirecast studio software on an iMac with a NESSIE Blue Mic. Unfortunately, we could not get it to work properly, but because we had to go live, we just used an iPhone 6. We had two people (including myself) going through the live feed and pulling questions (via an LG phone and Macbook Air). To mix it up a bit, we invited a some guests to jump in and add insight and help answer some questions. We received tons of great feedback and had sign up for both his personal One on One Life Coaching, as well as his Visit Tim’s Facebook Page at https://Facebook.com/TimStoreyOfficial.

Although, it’s still fairly new, Facebook Live is going to change the game for brands, individuals, to reach and most importantly engage with a diverse audience…at a very lost cost.

In a world with Vine, Snapchat, and Twitter, how can creatives capture attention to make their voices heard?

In this 99U talk, best-selling author and founder of VaynerMedia, Gary Vaynerchuk breaks down how our work can cut through our current “A.D.D. Culture” — one where we binge-watch entire television seasons in one sitting and prefer texting to phone calls.

“We’ve gotten to a point where everything is on our time,” says Vaynerchuk, “So why is everyone storytelling like it’s 2007 in a 2014 world?” The best digital storytellers, he says, use the social media to “hook” audiences in for the deeper stuff. We should give, give again, and give some more before ever asking for anything from our community. “We have to start respecting the nuances of every platform.” 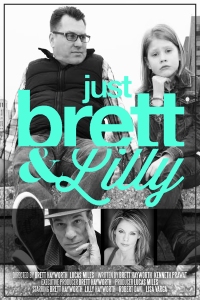 I met Brett a while back in Hollywood. We ended up chatting a bit about branding and telling each other we should work together one of these days. He called me out of the blue about a year later as he was ramping up for production on a sitcom pilot. I won’t go into too much of the production headache that was evident when I starting working with him, but let’s just say, I spent a lot of time helping him breathe.

As we talked, we honed in on specific characteristics and goals. Brett Hayworth is more than an actor, producer, screenwriter, and author. He is also a gifted speaker, entrepreneur and family man.

Recently completing the television pilot, “Just Brett and Lilly” (WATCH NOW), Brett sets out to use his story to empower and inspire audiences. A single father for many years, he found himself on the brink of hopelessness, doing everything he could to raise, protect, and inspire his daughter Lilly. Recently, he married an amazing mother of two, Lisa, and they have begun their journey as a larger family. In February of 2015, Lilly (10 years old) was diagnosed with Type 1 Diabetes and once again, their family took a difficult hit. 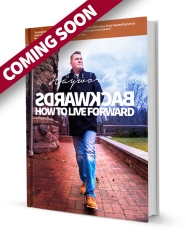 It has always been a dream of Brett’s to pursue acting, writing, and producing. Holding on to a dream that seemed so far out of reach, he picked up small acting parts and began writing and producing a sitcom. He is in final talks with producers concerning an upcoming full feature dramatic film, diving into some of the more challenging aspects of his story. He is currently finishing up his book “Backwards: How to Live Forward!”, set to be released early 2016.

Brett’s message of hope, perseverance, and purpose is his story, a man from humble beginnings blessed with an innate sense of what it takes to become the best, most successful person God created him to be, who also has the talent for transferring that knowledge to the rest of us. He believes in giving the gift of going second, understanding the art of true leadership. He is available to speak to universities, schools, churches, organizations, and businesses. Brett touches on topics such as, pursuing your God-given purpose, reaching dreams, setting goals, growing leaders, the gift of going second, and family.

People often wonder what it is I do. Even my own daughter has asked me if I have a job. If I say branding, they think I just make logos. If I say marketing, they assume I make logos AND business cards. If I say designing, well, they just ask if I can make their business cards…for free. 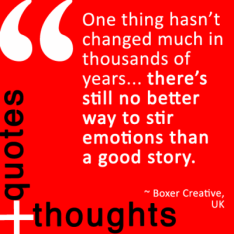 Branding is the soul, the essence, the narrative, the story of a person, product, or organization. That story is their brand. I tell their story. The process of telling the story is called marketing. Effectively telling that story through content creation, visual design, and strategy is what connects the brand with the desired audience. If the story is told well, the audience is moved emotionally and provoked to make a decision. If the audience connects with the story, they will want more.

It’s been 5 years since Seth Godin’s first visit to Orange County. I went with a few colleagues not knowing what to expect. Since then, Linchpin: Are You Indispensable? has become one of my favorite books and I’ve bought many copies to give out to friends. He left us with a charge to think differently about branding & marketing; to think differently about what we make. He told us to make art, give gifts, do work that matters, connect, lead, ship, and make a difference.

Brian Elliot of thegoodbrain.com, former Universal Home Entertainment exec with 15+ years in brand strategy, production, DVD and original content, hosted that evening’s keynote with Seth Godin. This morning, he FINALLY received permission from Godin to post his epic full-length keynote and emailed the link to a bunch of us who were there. There were about 900 people in attendance that day, back in 2010, at the the St. Regis Hotel to hear Seth LIVE. His message about being “indispensable” is even more relevant today.

If you don’t know Godin, he’s the godfather of modern marketing, bestselling author of more than a dozen biz books and has one of the most read blogs on the planet. I hope you enjoy this rare treat!

There are times when the audience you are targeting is not as excited in your product, theory or personality as you wish them to be. Daniel Pink (one of my favorite authors) uses the parable of the child and the messy room to point out a simple but effective method for persuading people one step closer to the reaction you are desiring. It obviously doesn’t work 100% of time, however, it may be worth a shot for those who are the edge of your target audience. Part of its brilliance is getting someone to find their own motivation to move forward, not pushing your reasoning on them.

Watch the video and let me know your thoughts…